All of the anticipation was justified as this normally quiet nudist community turned into a music festival with over 300 people.   The only real problem

All of the anticipation was justified as this normally quiet nudist community turned into a music festival with over 300 people. 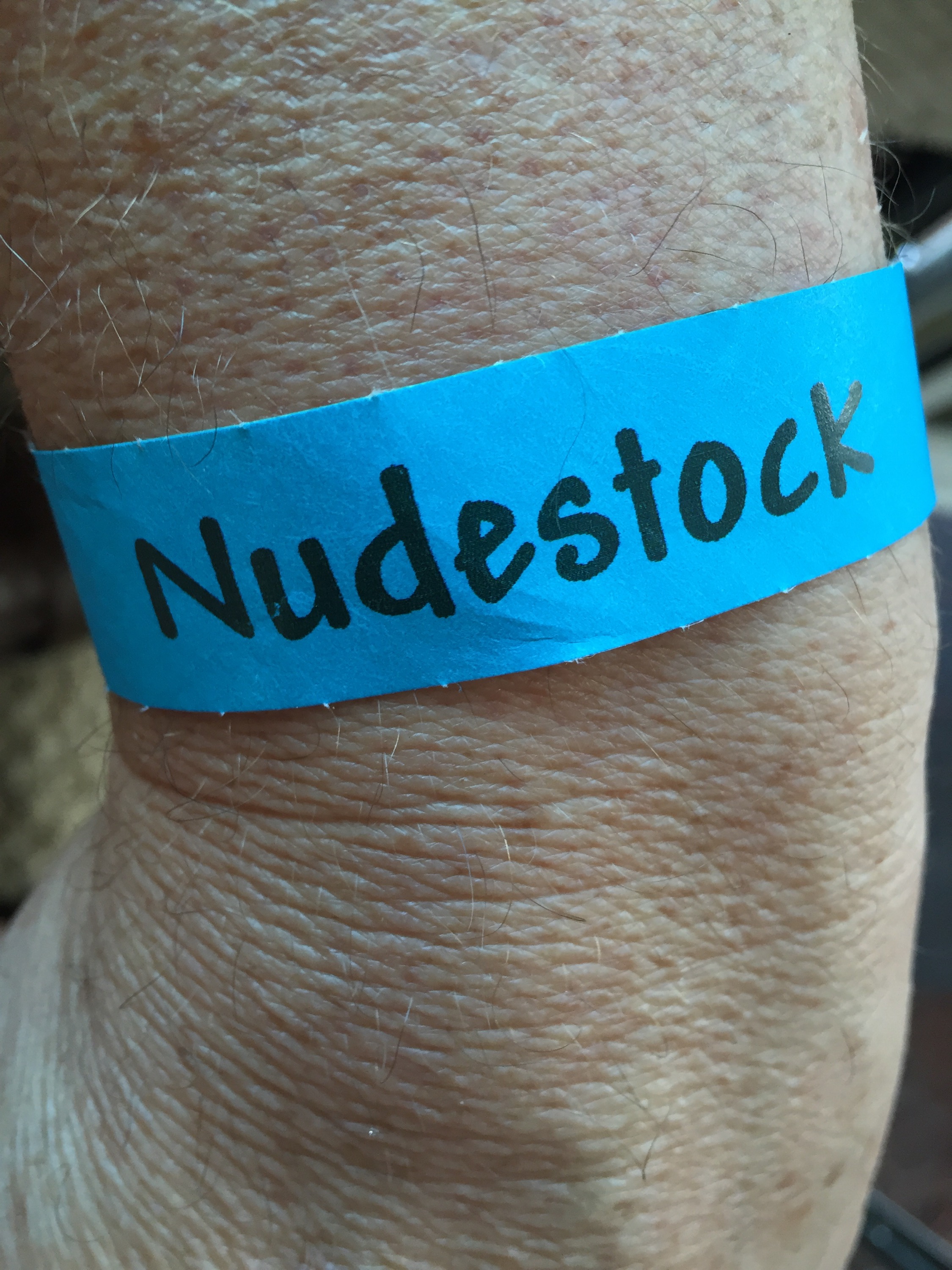 The only real problem has been a rain storm that made things a little difficult.

Many vendors were on hand.   One painted a picture of one of the photos on our site;  We of course had to buy it!  There was a body painter that worked for free but accepted tips.  A couple of massage therapists were working thier magic.  The Cedar Creek Social Council ran multiple raffles including one that allowed you to win a day’s access to a screened tent next to the bandstand.

The first band to play was a country band called “Black Bottom Biscuits” and the rain held off until they completed their set. The next band was a rock/pop band called “High Maintenance” that started during a rain storm but played right through it until after it stopped.  Both bands were awesome and offered some great sounds to the festival.

Again, these are some of the nicest people you’d ever meet.  The members have gone out of their way to do everything they can for people to enjoy themselves.  The attending guests have been equally delightful.  Cedar Creek is a truly special place!

From the new park owners: Since 2017 we have been an 18+ clothing optional resort. We do not allow children. We do require a family friendly code of conduct in the public areas but we are no longer the type of resort that your reviews reflect. Our business name is Cedar Creek Resort, LLC and no longer Cedar Creek Park or Cedar Creek RV Park.

Back To Top
Close